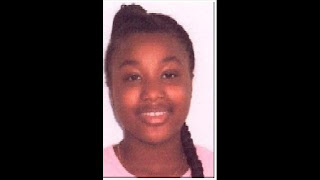 With Sad news Larie Butler was found deceased. She was murdered.
Posted by The Rilya Alert at 4:34 PM No comments:

Diamond Porter has been located and is safe.
Posted by The Rilya Alert at 4:34 PM No comments: 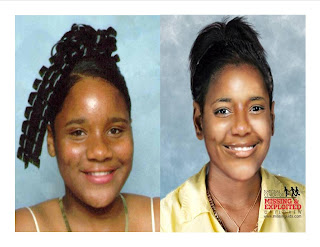 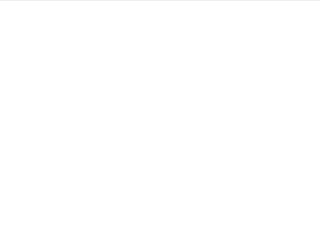 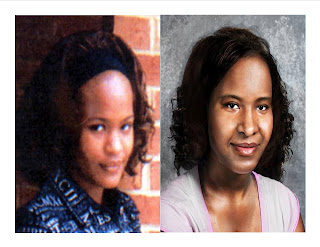 Sabah Nasheed Karriem-Conner is shown age progressed to 26 years. Sabah was last seen leaving her home in Atlanta, Georgia on July 17, 2000. She was last seen wearing a white t-shirt, blue denim shorts, and white K-Swiss sneakers. Sabah has two gold bottom teeth, a pierced tongue, and a cursive tattoo of “Ms. Hollywood” on her right shoulder. Sabah’s nickname is Princess and she may also go by the alias of Ameria Davis and/or Amirea Davis.

On the day she went missing, Sabah was on her way to look for a job. She has not been seen or heard from since. There is very little information about her case. Sabah is listed as Endangered Missing. Anyone having information about the case of Sabah Nasheed Karriem-Conner please contact The East Point Police Department (Georgia) or The National Center for Missing and Exploited Children.

Peas in Their Pods Staffer
Posted by The Rilya Alert at 9:25 AM No comments: 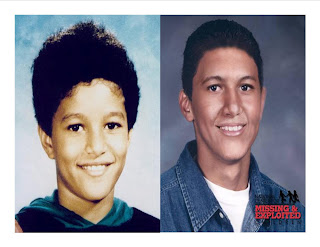 Marco Antonio Cadenas is shown age progressed to 24 years. Marco was last seen leaving his home in a Northwest Dade trailer park in Miami, Florida on May 11, 1994. Myron was wearing a red t-shirt, jeans, a diamond earring in his left ear, and no shoes. He has an appendectomy scar on his abdomen and a scratch on his left cheek. Marco also has a scar on his left ankle. Marco is biracial (African-American/Latino).

Marco’s mother, Livia Cadenas, stated that on the day he went missing he had become upset with her because she threatened to punish him for not taking a shower. In fact, he was so upset that he immediately left the house with no socks and shoes on. Cadenas also stated Marco left behind a note stating, “I’m leaving you because you hit my daddy.” Marco was referring to his stepfather, Alfredo, who had been hit over the head with a bottle by his mother. Marco has not been seen or heard from since the day he left his home.

Marco’s biological father is dead, killed during a shootout with Ohio police after a grocery store holdup.

Dental records are available to positively identify Marco when he is found. He is listed as Endangered Missing. Anyone having information involving the case of Marco Antonio Cadenas please contact The Miami Dade Police Department (Florida) or The National Center for Missing and Exploited Children.

Peas in Their Pods Staffer
Posted by The Rilya Alert at 8:47 AM No comments: