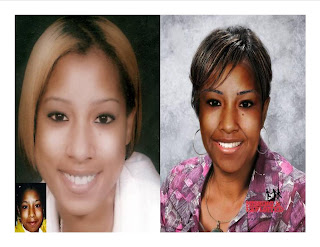 Caleta Sade White is shown age progressed to 21 years. She was last seen on the afternoon of August 21, 2006 on Metro Bus #128 in Auburn, Washington. Caleta was last seen wearing a yellow Adidas jacket, blue jeans, yellow sneakers or boots, and earrings. White has an unspecified eating disorder. She also likes to color her hair. She may have blue or pink highlights in her hair. Caleta’s nickname is KK.

Caleta had a doctor’s appointment scheduled two days after her disappearance, and missed it. Her family and friends believe it is uncharacteristic of her to just go missing and not contact them. She had a cell phone at the time that she used often. Since her disappearance there has been no activity on her phone.

Caleta’s case remains unsolved and foul play is suspected. Her case is listed as missing. If you have any information concerning the case of Caleta Sade White please contact The Auburn Police Department (Washington) or The National Center for Missing and Exploited Children.

Peas in Their Pods Staffer
Posted by The Rilya Alert at 8:59 AM