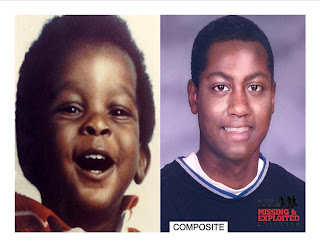 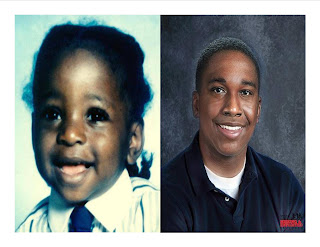 Shane Anthony Walker and Christopher Milton Dansby are not related nor did they disappear at the same time however their disappearances are so similar it is imperative that their cases be mentioned together in the hopes of finding these two precious boys. Furthermore, law enforcement has stated that their disappearances may also be connected to the abduction of Andre Terrance Bryant, who was featured in yesterday’s Rilya Alert, due to the similarities and close proximity to the areas they went missing. If you remember Andre went missing from his Brooklyn, New York Neighborhood on March 29, 1989.

Christopher Milton Dansby went missing on May 18, 1989 in New York City, New York. He is shown age progressed to 20 years old. He had been at a park with his mother and other family members. Christopher’s mother decided to go to the store to get some food and because she did not have his stroller she decided to leave him playing at the park in the care of his relatives, which included his grandmother. When Ms. Dansby returned Christopher was nowhere to be found. Relatives stated they had seen Christopher playing with a red ball and two other children, a boy and a girl, but Christopher does not own a red ball and it too was missing. A seven year old boy stated he had seen Christopher walking along West 111th Street and that he was accompanied by an unidentified African-American man in braids. Christopher has not been seen since. Christopher was last seen wearing a blue jacket, a floral print shirt, blue jeans, and green and white sneakers. He has a figure 8 shaped birthmark on his neck.

Fast forward to two and a half months later on August 10, 1989 which was the day Shane Anthony Walker went missing from the very same park Christopher was abducted from. He is shown age progressed to 23 years old. Shane was at the park with his mother, Roselee Glover, at the time of his disappearance. Ms. Glover sat on a bench while her son played with two other children, a boy and a girl. She was approached by an African American man who struck up a conversation with her. When she turned to check on her son he was gone. The two children were also gone but reappeared later through a hole in the fence. When she asked where Shane was they stated they had left him in the park. Shane has never been seen since. He was last seen wearing a blue and white shirt, light blue pants, and LA Gear sneakers. Shane’s hair was braided and pulled back into a ponytail and he has a small scar on his chin.

Most astonishing are the major similarities in the two cases:

The man, as well as, the two children who were there at the time of both boys’ disappearances where interviewed extensively by police. The parents of both Shane and Christopher believe their children are alive.

Law enforcement believe the boys’ abductions may be related to a black market baby-ring operation. If you have any information concerning the cases of Christopher Milton Dansby or Shane Anthony Walker please contact The New York Police Department (New York) or The National Center for Missing and Exploited Children.

Peas in Their Pods Staffer
Posted by The Rilya Alert at 8:17 AM