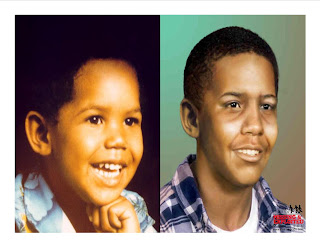 Francillon Pierre is shown age progressed to 20 years. Francillon was last seen at the Broad Acres Swap-Meet on August 2, 1986 in Las Vegas, Nevada. He was last seen wearing a light gray short sleeve sweatshirt with two ivory colored buttons on the side. Francillon may also go by the nickname Yo Yo. Francillon is of Haitian descent.

Francillon’s mother, Amy Luster, and step-father, Lee Luster, stated they had taken him to the swap-meet and lost track of him. They never saw him again.

In December of 1985 Mr. and Mrs. Luster were charged with felony child abuse for a beating that left 30 to 40 welts on Francillon’s body. At the time of Francillon’s disappearance they were awaiting trial for the child abuse charge. Mr. and Mrs. Luster believe Francillon’s biological father, Jean Pierre, took the boy and fled to Haiti. However Jean Pierre has taken a lie detector test, which he passed, and has been cleared as a suspect. Amy and Lee Luster have been named suspects in the disappearance of Francillon but have never been formally charged. They moved to Florida 11 months after Francillon went missing.

There are very few details in this case. If you have any information concerning the case of Francillon Pierre please contact The North Las Vegas Police Department (Nevada) – Missing Persons Unit or The National Center for Missing and Exploited Children.

Peas in Their Pods Staffer
Posted by The Rilya Alert at 9:22 AM