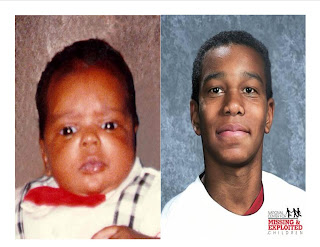 Reports have stated that Andre’s mother, Monique Rivera, left with her son from her Madison Street apartment to go shopping with two women she had met on March 28, 1989. On that day Rivera had been walking with Andre and her two older children when she was approached by two African-American women. One female was approximately 30 years old and the other, who had red hair, was approximately 22 years old. Both were about 5’7” tall and 130 Ibs. They were driving a 1988 or 1989 burgundy Pontiac Grand Am Sports Edition, with tinted windows, and possibly Maryland license plates. After engaging in conversation, mainly about Rivera’s children, the two women invited her to go shopping with them.

After the shopping trip, Rivera agreed to meet up with the two women again the next day to go shopping once again. Rivera asked her boyfriend’s sister, Patricia Bryant, to babysit her children while she went shopping. Bryant stated that on March 29 the two women called Rivera from a pay phone around the corner from the apartment and asked her to come out and meet them. The two women insisted that she bring Andre along as well so Rivera left with Andre. Neither ever returned.

Rivera’s body was found in the woods near City Island Road in the Bronx borough of New York City on the morning of March 30, 1989. She had been strangled and struck in the head. Andre has never been found and the two women who accompanied his mother have never been identified.

Law enforcement believes Andre may have been sold into an adoption ring. If you have any information involving this case please contact The New York City Police Department (New York) or The National Center for Missing and Exploited Children.

Peas in Their Pods Staffer
Posted by The Rilya Alert at 9:37 AM